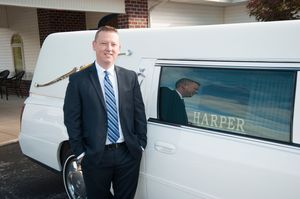 Josh grew up in the Avilla area, graduating from East Noble High School.  He went on to college to pursue his degree in Funeral Service and Mortuary Management.  He graduated from Mid-America College of Funeral Service in 2001.  Upon graduation, he served his internship and successfully passed his Indiana Licensing exam for Funeral Directors.  He has been active in funeral service for over 20 years.

Josh managed a funeral home in Fort Wayne for nearly 8 years before having the opportunity to purchase the former Brazzell Funeral Homes in Albion and Avilla in August of 2015. While in Fort Wayne, he was instrumental in assisting the development of the Northeast Indiana Law Enforcement/Firefighters Memorial located on Wells Street.  He was recognized by the Northeast Area Partnership with their "Spirit of Servant" leadership award.  He has been active on a number of boards and organizations.  Recently, he was appointed to the Town of Avilla Redevelopment Commission, serves on the Rose Hill Cemetery Committee, and is active in his support for public safety with associations to the Fraternal Order of Police and the Indiana Volunteer Firefighters Association.  Josh attended the Indiana Coroners Training Board Death Investigator course, has served as a deputy coroner for Noble and DeKalb Counties, and successfully completed the requirements for his firefighter certification with the Indiana Department of Homeland Security.  In addition, he holds an Indiana Life Insurance license.  He currently lives in Avilla and is honored to serve his hometown of Avilla and his adopted home of Albion with compassionate and professional care. 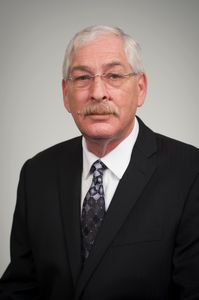 Mitch is very active in the Albion Community.  He is a 42 year firefighter, having served the last 31 years with the Albion Fire Department.  Prior to Albion, he served 11 years on the Orange Township Fire Department.  He served three terms as a member of the Albion Town Council, two years a president.  He served 10 years on the Albion Area Plan Commission.  In the past, he has coached Albion Youth Baseball. Mitch served on the Court House square Preservation Committee and is currently serving as one of three county representatives on the Indiana District 3 Planning Council, the Noble County Emergency Planning Committee, and Sons of the American Legion Post 381.  His service to the community also includes being an EMT and as a part-time or reserve police officer with several area police departments.

Mitch works full time at the Noble County E-911 Communications Center. He has been employed by the 911 center for 32 years, and since 1999, has been the 911 Director.  Prior to being appointed director, he served as both a dispatch supervisor and a dispatcher.

Mitch graduated East Noble High School in 1975 and has been married to Carla since 1977. They have a son and daughter in-law David and Jami of Avilla, and a daughter Melissa of Fort Wayne. They also have 3 grandsons Talon, Jaxson, and Rylan

Mitch considers it an honor to serve the families of Albion and Avilla.

Teresa comes to the staff of Harper Funeral Homes to help raise the standard of care offered to the communities we serve.  She is tasked with guiding families through the process of planning their final wishes in advance, educating the community on the value of funeral services and advance planning through various clubs, organizations, and funeral home hosted events, and providing resources to individuals with questions.  Of all her duties at the funeral home, perhaps the most important, and personally fulfilling, is her responsibility to continue to care for families who have recently experienced loss.  She has resources available to guide family members through many of the important details following a loved ones death. 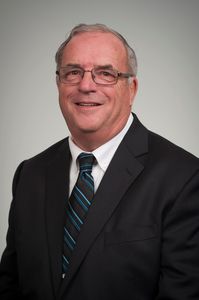 A well known face, Jim is a fixture in Noble County.  He retired from Community State Bank in Avilla after a career lasting decades.  He, along with his wife Rita, are active in their church, served on various boards and committees (including ARC of Noble County, Parkview Hospice, and the Noble County Community Foundation), and are often seen at various 4H and Noble County Fair events.

Larry graciously joined the Harper Funeral Homes advisory board in 2015.  Since that time, he has provided valuable insight to the operations and future of our funeral homes.  Larry brings with him substantial credentials including marketing, brand development, client relations, and media strategy.  He currently serves as VP of Client Services at Asher Agency in Fort Wayne. 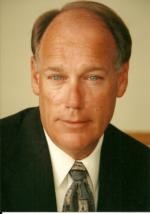 He graduated from Central Noble High School in 1970 then went on to graduate from Indiana College of Mortuary Science in 1971. He served his apprenticeship at the Johnson Funeral Home in Plymouth, Indiana, and in 1977 returned to Avilla where he and his wife Jeanie purchased The Brazzell Funeral Home. In 1992 they purchased the Albion Chapel, and owned and operated them until his death. He and his wife built the first ground-up funeral homes in Noble County.